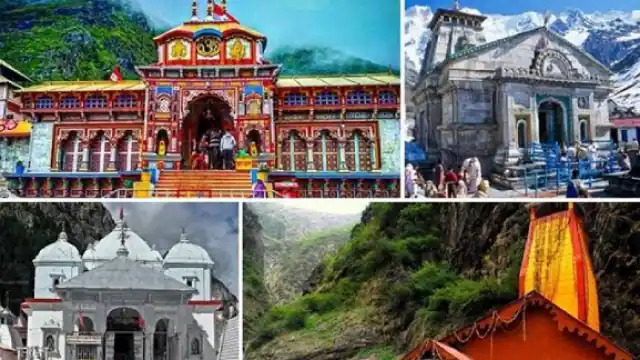 The preparations for the banning of the doors have started in all four Dhams. The doors of Gangotri Dham will be closed on Wednesday 26th October at 12.01 pm in Abhijit Muhurta. After the closure of the doors, devotees from all over the country and abroad will be able to see Mother Ganga during her winter stay at Mukhimath (Mukhba).

On the other hand, the doors of Yamunotri Dham will be closed on the occasion of Bhaiya Dooj on Thursday, October 27 at 12:09.The Doli of Shani Maharaj from Kharsali village will reach Yamunotri on Thursday morning to take the doli of Yamuna. After which the doors will be closed at an auspicious time.

After that, there will be nirvana darshan. Mahabhishek will be held for the idol of the mother with Veda mantras. After this, the doors will be closed with duly worshiping Havan. Said that the doors would be closed at Abhijeet Murut and Amrit Bela at exactly 12:01 pm for the devotees to visit. After this, at 12:05 minutes, the Utsav Doli of Ganga will leave for her winter stay at Mukhba village.

Doli’s night stay will be at Chandeshwari Devi Temple (Makeendeya Temple). From where Doli will leave for Mukhba on October 27 morning. On the other hand, Suresh Uniyal, secretary of Yamunotri Temple Committee, and Purushottam Uniyal, president of Panch Panda Purohit Mahasabha, said that on October 27, at 12:09 pm, the doors of Yamunotri Dham will be closed for the winter season with duly worship at Sarva Siddhi Yoga, Abhijeet Muhurta.

RC Tiwari, Executive Officer of Badri-Temple Committee, said that the doors of Kedarnath Dham will be closed for the winter at 8:30 am on October 27 this year. Before this, the samadhi of the Lord will be worshipped. He told that the Panchmukhi movable Vigraha Doli of Lord Kedarnath will reach Phata on October 27.