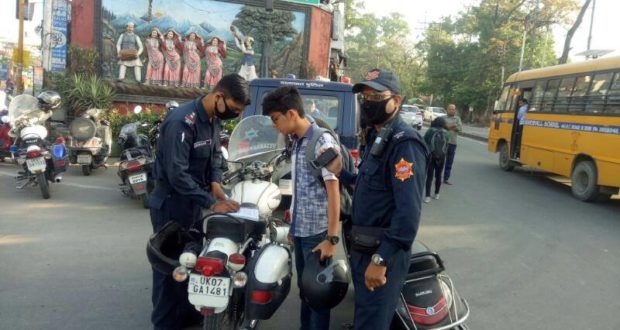 Challan: Careful! On seeing these motorcycles, the police are stopping

For those motorcycles whose rider is not wearing a helmet, the policemen immediately stop those motorcycles. Actually, it is visible from the second that the bike rider is not wearing a helmet, so the policemen get ready that they have to stop that motorcycle. Then, after stopping their challan is deducted. One thousand rupees challan is deducted for riding a bike without a helmet.

There are many types of modifications, which are not allowed. In such a situation, if a person has got such a modification done in his bike, which is not allowed, then the policemen stop these bikes immediately. For example, even if you have blackened the headlight or tail light of your bike, the police can stop you because it affects the light of the motorcycle.