Akhilesh-Priyanka In Police Custody, Opposition Leaders On The Streets After The Death Of Farmers In Lakhimpur Kheri - The Shivalik
Skip to content 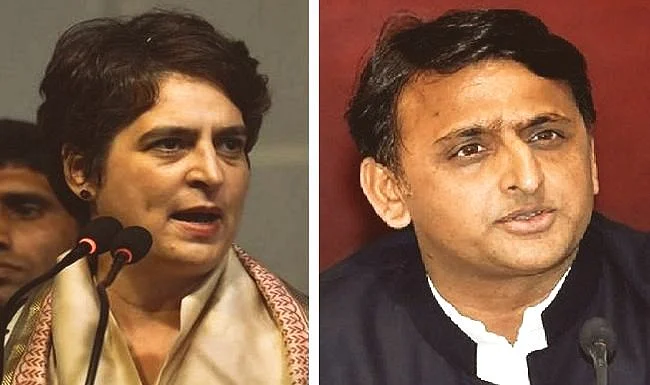 Akhilesh-Priyanka in police custody, opposition leaders on the streets after the death of farmers in Lakhimpur Kheri

After the violence in Lakhimpur Kheri, opposition leaders have come out on the streets against the Yogi government. SP supremo Akhilesh Yadav has sat on a dharna outside his residence, while Priyanka Gandhi has been taken into custody by the police.

After the death of four farmers in Lakhimpur Kheri in UP, all opposition leaders including Akhilesh Yadav, Priyanka Gandhi are on the streets. Former CM Akhilesh Yadav sat at home outside his house after the police blockade, after which the Lucknow Police took him into custody. At the same time, the police has detained Congress General Secretary Priyanka Gandhi, Rajya Sabha MP Deepender Singh Hooda in Sitapur.

After being stopped from going to Lakhimpur Kheri, Akhilesh Yadav sat on a dharna with SP workers. During this, while attacking the Yogi government, Akhilesh Yadav has said that the government is trying to hide the truth of the killing of farmers. At the same time, SP workers are continuously creating ruckus outside Akhilesh’s house.

Here, Priyanka Gandhi, who went for Lakhimpur Kheri, dodging the police in Lucknow, has been taken into custody by the police. Congress Uttar Pradesh unit president Ajay Kumar Lallu tweeted that some senior leaders including Priyanka Gandhi and Congress Rajya Sabha member Deepender Hooda were going to Lakhimpur Kheri. During this, he was taken into custody in Sitapur on the way around 5 in the morning.

He also accused the policemen of manhandling Priyanka and said that the Congress general secretary was going to share the misery of the farmers and stopping her in this way was undemocratic.