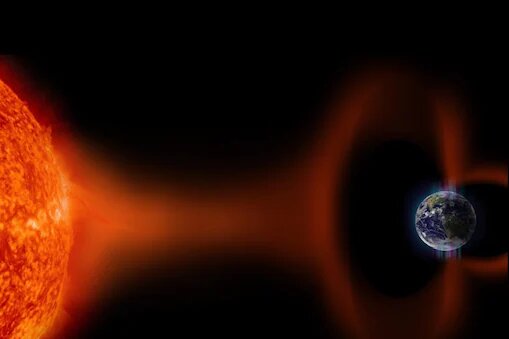 The wonder of science!

Everyday something new happens in the world of science and engineering. These things only bring important changes in our life in the coming time. Something like this is a magnet made in America. This magnet is so strong that it can pull an aircraft towards it.

This magnet is so big, this magnet

has been made in America. After this it has been brought into the International Thermonuclear Experimental React (ITER) of France. After fully assembled, the size of this magnet will be 60 feet high and 14 feet round.

This magnet will become a source of unlimited energy,

wait for a minute and think whether the energy coming out of the sun can ever end. In layman’s language, will the heat of Surat ever cool down? Just put emphasis on the mind and think. From the time of creation of this universe till now, the sun has been spreading its heat like this and it will continue to give us such heat till eternity.

The secret of the sun’s energy is hidden

Similarly, when a heavy nucleus breaks into two equal nuclei, it is called a nuclear fission. A huge amount of energy is also generated in this process. All the nuclear reactions made so far in the world work on this principle.

The shortcoming of this theory is that we are not able to re-use the nuclei that have broken down. If we reconnect that fissioning nucleus i.e. adopt the process of nuclear contraction, then we will get a source of infinite energy for eternity.

This is also the secret of the unlimited energy of the sun. In the sun, first a large nucleus splits into two equal nuclei and then it gets compressed due to its magnetic force.

Hydrogen bun technology will be used in the reactor The

hydrogen bun has been manufactured in the world on the principle of nuclear contraction, which is many times more powerful than the atomic bomb.

Now scientists from France-based ITER are exploring alternatives to producing energy through nuclear compression. In this episode, this huge magnet has been made so that with the help of this magnet in the nuclear reactor, the nuclei which are splitting are contracted and unlimited energy can be obtained from it.

ITER is an international organization. It is funded by the governments of Europe, America, Russia, China, Japan, India and South Korea. If this institution is successful in its use, then all these countries will get the benefit of intellectual property. If ITER succeeds in its goal, then the whole world will get a big relief in cutting carbon emissions as well.