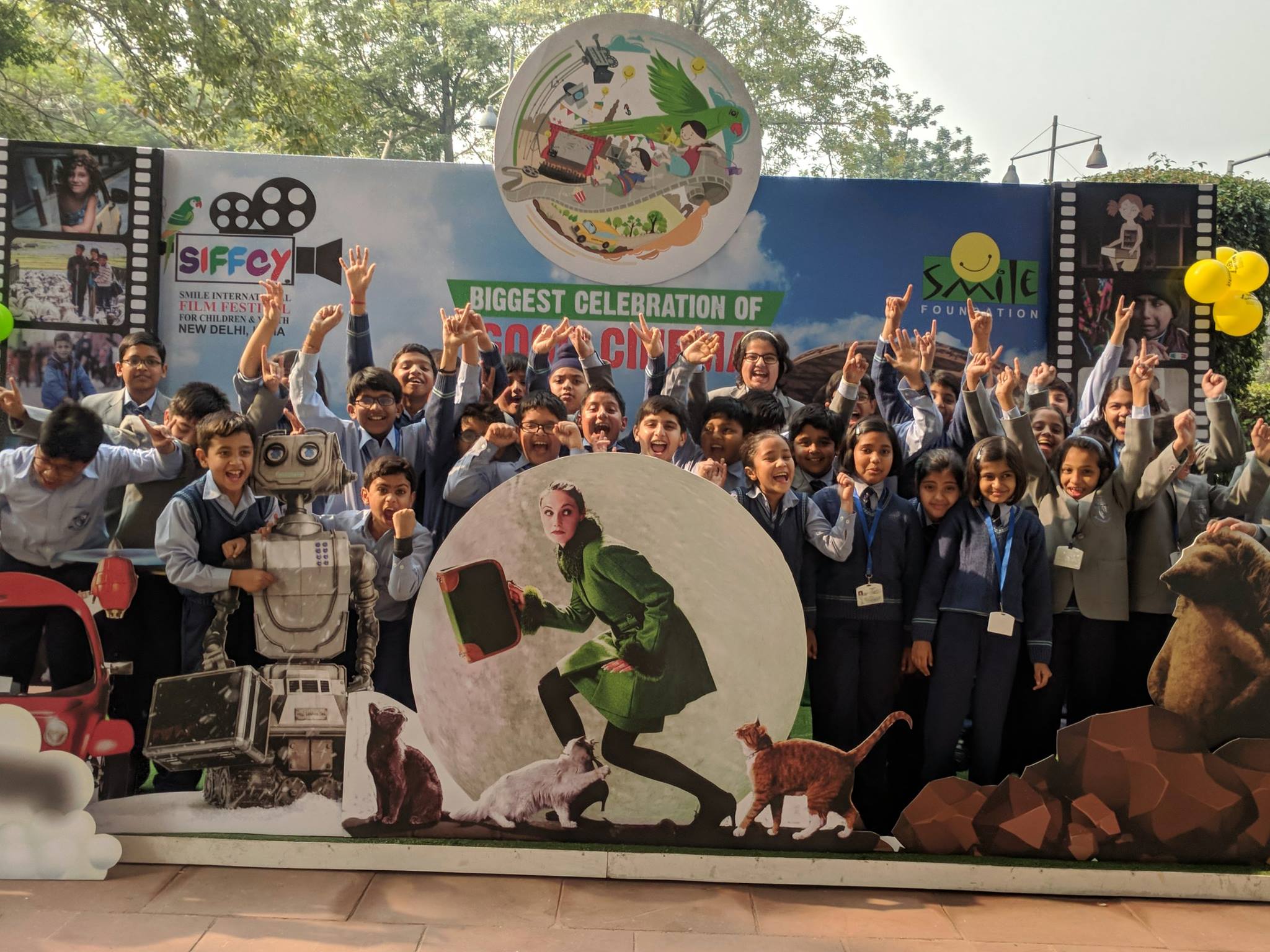 New Delhi, April 27, 2022: Smile Foundation, a leading Indian development organization, is hosting the 8th edition of the Smile International Film Festival for Children and Youth (SIFFCY). SIFFCY, which is being held virtually from April 24-30, will screen over 100 films from more than 50 countries like Germany, Iran, Argentina, Cuba, Italy, Austria, and Switzerland, among others.

The film screenings will be available on the festival’s online platform, siffcy.org, for viewers on registration.

The festival features more than 50 short films and documentaries made by children from over 30 different countries. Many of them were made during and about Corona virus pandemic. Some of the films which are part of the International Competition Section include ‘The Blue Girl’ a film from Iran, Fritzi, A Revolutionary Tale from Germany, ‘The Club of Ugly Children’ from Netherlands and Indian film ‘Dostojee’.

The festival also includes a special curation of five Hindi and regional feature films produced by Children’s Film Society India, an autonomous body under the Ministry of Information & Broadcasting, Government of India that will be part of the Yellow Carpet Section.

Inaugurating the Smile International Film Festival for Children & Youth, Mr. Santanu Mishra, Chairman, SIFFCY, and Co-founder & Executive Trustee, Smile Foundation said, “The very purpose of SIFFCY is to enable our young citizens to build a better society where they can dream and work towards realizing those dreams. Over the past few years, technology has changed our world having both positive and negative impacts. Our children have been the most vulnerable, having had to face the brunt of excessive use of technology. Exposure to endless streams of content through digital media has often misled and misinformed children. From the glorious days of innocence, they are now faced with issues of mental health. As an optimist, I firmly believe that the right always overcomes. Art and culture can be instrumental in helping children and the youth fight back. Art can induce new ideas and shape thought processes. Cinema is one of the most influential and creative tools that can promote positivity. We aim to empower and educate children and the youth about societal problems and about the way to resolve these through goodcinema. I hope platforms like SIFFCY become a deterrent to the negative communication that is influencing children worldwide.”

Mr. Jitendra Mishra, Festival Director, SIFFCY, said, “Several unreleased but critically acclaimed films are part of the official program of SIFFCY this year, many of them will have their international and/or India premieres at SIFFCY. We are honoured to collaborate with the Center for the Intellectual Development of Child and Adolescent KANOON, CIFEJ, and the Schlingel International film festival, Chemnitz, Germany, to bring films from across the globe to our SIFFCY platform. We are glad to provide a platform for filmmakers to screen their films and documentaries that follow the theme of ‘Cinema for Good’. Our goal is to engage young minds to learn and understand the impact that films can have and participate in conversations that drive social change.”

Some prominent films from other countries featured at the festival include Birds of Passage from Belgium, Ballad from Tibet from China, King’s Day from The Netherlands, My Second Eye from Germany, Jordan and Palestine, and The Best Sound in the World from Brazil, among others.

Smile Foundation is an Indian development organization directly benefiting over 1.5 million children and families every year through more than 400 welfare projects on education, healthcare, livelihood, and women empowerment spread across 2,000 villages and urban slums in 26 states.