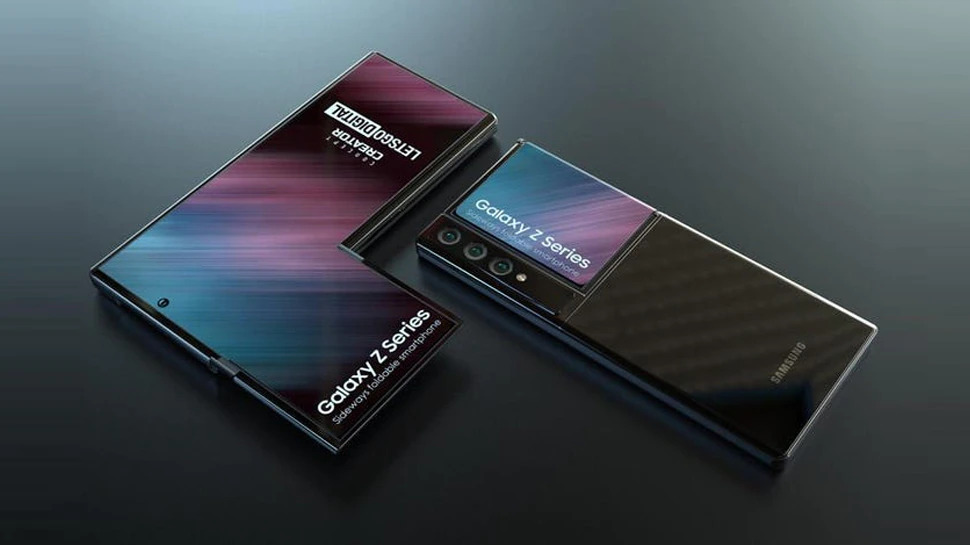 Samsung is planning to launch foldable and flip smartphones in a new design this year. The design of the phone has made people happy. Let’s know what else is going to be special in both the phones.

new Delhi. Samsung is working on releasing three new foldable devices this year, one of the usual two. There are Galaxy Z Flip 4 and Galaxy Z Fold 4 – which were quite expected – but joining them this time will be an enigmatic third device. The Galaxy Club has seen three codenames for the foldable device, namely B4, Q4, and N4. The B4 is the Galaxy Z Flip4 and the Q4 is the Galaxy Z Fold4, which is quite easy to spot from the codenames B3 and Q3 which represent the previous phones of the two devices.

However, there’s also the N4 whose numbers mean it’s yet another fourth generation foldable, only that Samsung has never actually released a foldable that wasn’t a fold or flip. A patent that recently went public Hua, a radical foldable phone design was shown with a display.

The design will be in P-Shape

The top-left side of which can wrap around the back, when unfolded, folds into a P-shape, giving the possibility of use cases such as video in landscape mode at the top of the display and another app at the bottom gets opened.

However, without official confirmation, it is impossible to know for sure. Galaxy Club however says that the development of the device is taking place at a scale that is not as big as the B3 and Q3, indicating that it will not be launched as widely as the Z Fold4 and Z Flip4.