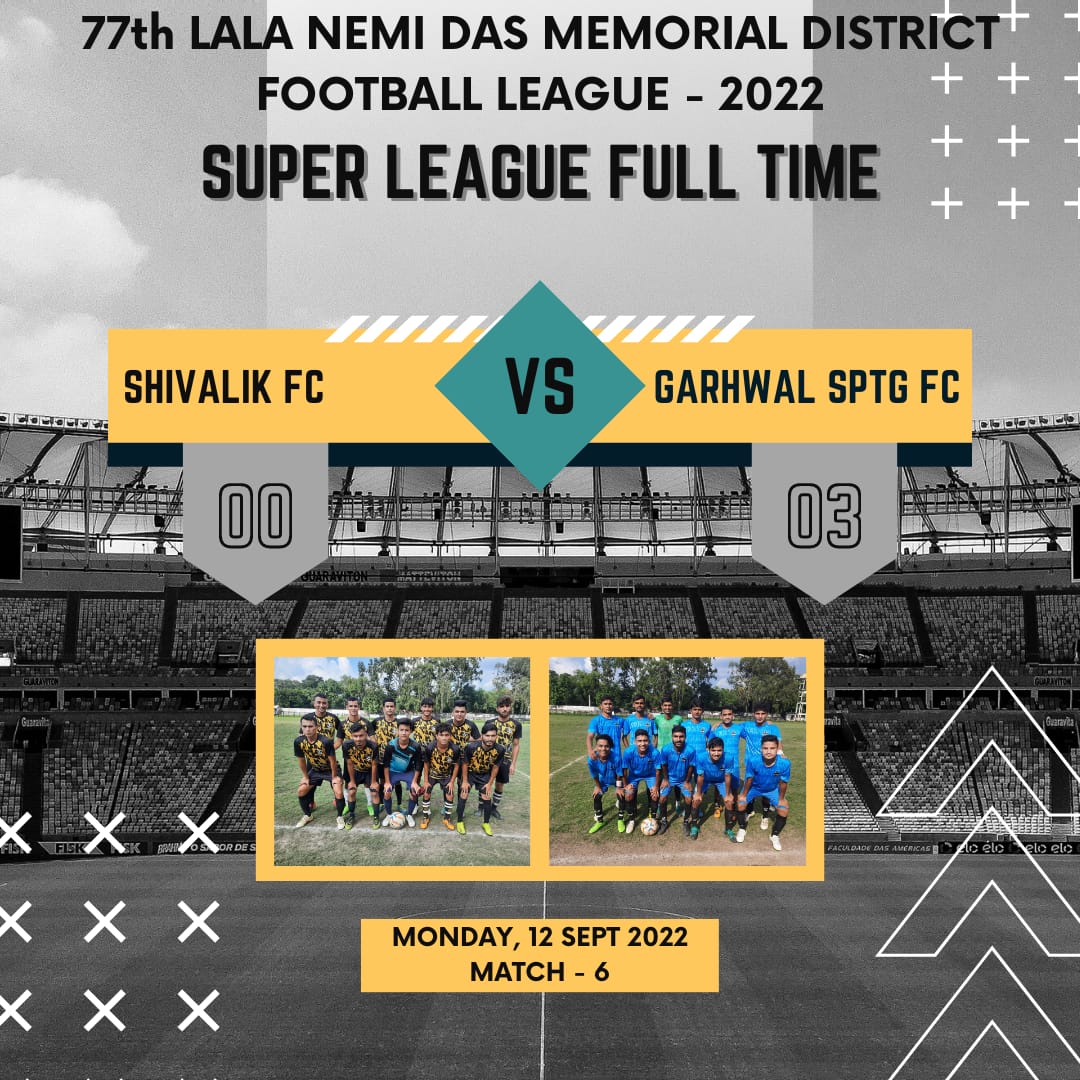 In the Super League matches of the 77th Lala Nemi Das Memorial District Football League Championship 2022 organized by the District Soccer Association Dehradun, two matches were played today, the first match was played between Sports College FC and Sports Hostel FC and the second match was between Shivalik FC and Garhwal Sporting FC. was played.
In the first match played today, Sports Hostel FC beat Maharana Pratap Sports College FC by a score of 2-1. The college players also attacked but they did not get success. In the 87th minute, Hemraj scored a goal to level the Sports College team at 1-1, but the very next minute, Mayank Khatri scored another goal in the 88th minute. The match was reduced to 2–1 by referee Gopal Joshi for foul play by Ajay and ended on 2–1.
In the second match played today, Garhwal Sporting FC beat Shivalik FC 3-0 In the second half of the match, Shobhit scored another goal in the 78th minute to make his team 3-0. The match eventually ended with a score of 3-0.
Tomorrow September 13, 2022, Two matches will be played on Tuesday, the first match will be played between Maharana Pratap Sports College FC and Uttarakhand Police FC from 1:00 pm and tomorrow’s second match will be played between Doon Elite FC and Adhoiwala FC from 3:00 pm on Pavilion Ground