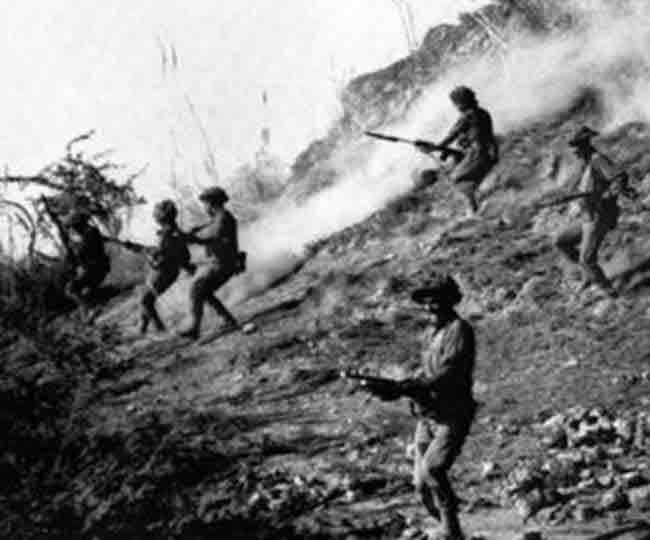 Jagran Correspondent, Dehradun. Uttarakhand was not just called Veer Bhoomi. The brave warriors of the state have proved their bravery from time to time. Talking about the Indo-Pak war of 1971, the sacrifice of the Ranbankurs of Uttarakhand in this victory saga of the Indian Army cannot be forgotten. In this war 255 soldiers of Uttarakhand had sacrificed their lives. 78 soldiers of Uttarakhand were injured while taking the front from the enemy in the battle. The whole world recognized the iron of the indomitable courage of these Ranbankurs. In this war, 74 bravehearts of the state, who had given two hands to the enemy army, got gallantry medals.

This saga of valor and courage still inspires the future generations. History is witness that in the war of 1971, the soldiers of Uttarakhand did not lag behind in making the enemy army chew nako gram. The then Chief of Army Staff Sam Manekshaw (later Field Marshal) and the Army Commander who headed the Eastern Command in Bangladesh, Lt. General Jagjit Singh Arora also saluted the courage of the brave soldiers of the state. All the warriors of the Army, Navy and Air Force, who participated in the war, get excited by remembering those moments of the war.

Governor Lt Gen Gurmeet Singh (Retd) and Chief Minister Pushkar Singh Dhami have greeted the Indian Army, ex-servicemen and the people of the state on the occasion of Vijay Diwas, being organized every year on the glorious victory of the Indian Army in the 1971 war.

Governor Lt Gen Gurmeet Singh (Seni) in his message said that every citizen is proud of the brave, courageous, mighty and dedicated soldiers of the Indian Army. Every soldier of Indian Army dedicated to protect the unity, sovereignty, integrity of the nation is the pride of the country. The army has played an important role in protecting the country from external threats as well as in internal security. Chief Minister Pushkar Singh Dhami said that December 16 is a historic day of valor and valor. On this day 93 thousand soldiers of the Pakistani army had to surrender in front of the courage and bravery of the soldiers.

Uttarakhand Election: CM Dhami’s real election test will be in the assembly constituency with the least voters