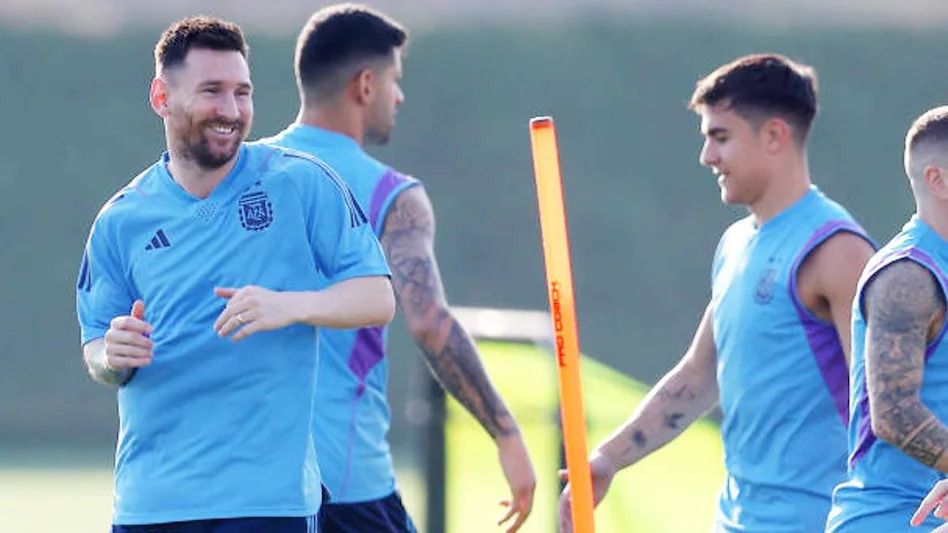 Four big matches are to be played today in the FIFA World Cup 2022. All these matches (2-2) are going to be held from Group-C and Group D. Argentine veteran footballer Lionel Messi is fully fit and ready to take the field. Apart from these, Killian Embappé and Robert Lewandowski will also add to the excitement.

FIFA World Cup Qatar 2022 Today Match Schedule: In the FIFA World Cup 2022 today (22 November), the excitement for the fans is going to increase a lot. The big reason for this is that today the legendary footballer Lionel Messi is going to take the field. Apart from these, Killian Embappé and Robert Lewandowski are also going to enter the field.

Messi is fully fit, and will show his strength in the field!

In this Group-C match, Argentina’s star player Lionel Messi is also likely to enter the field. Earlier there were speculations that Messi is not fit, but in the press conference before the match, Messi has made it clear that he is fully fit and ready to take the field.

The second match of the day Denmark vs Tunisia

After this, the second match of the day will be played between Denmark and Tunisia in Group D. This match will be held from 6.30 pm Indian time, which will be played at the Education City Stadium. This competition is also going to be fierce. The Danish team played in the semi-finals of the Euro Cup last year. In such a situation, this time she is seen in a mood to start in her own style.

The third match of the day Mexico vs Poland

The third match will also be played in Group-C only. This match will be played at Stadium 974 from 9.30 pm Indian time. In this match Mexico team is going to face Poland. In this match too, fans will get to see the magic of star player Robert Lewandowski. Lewandowski of Poland turned 34 in August this year. In such a situation, this could be his last World Cup.