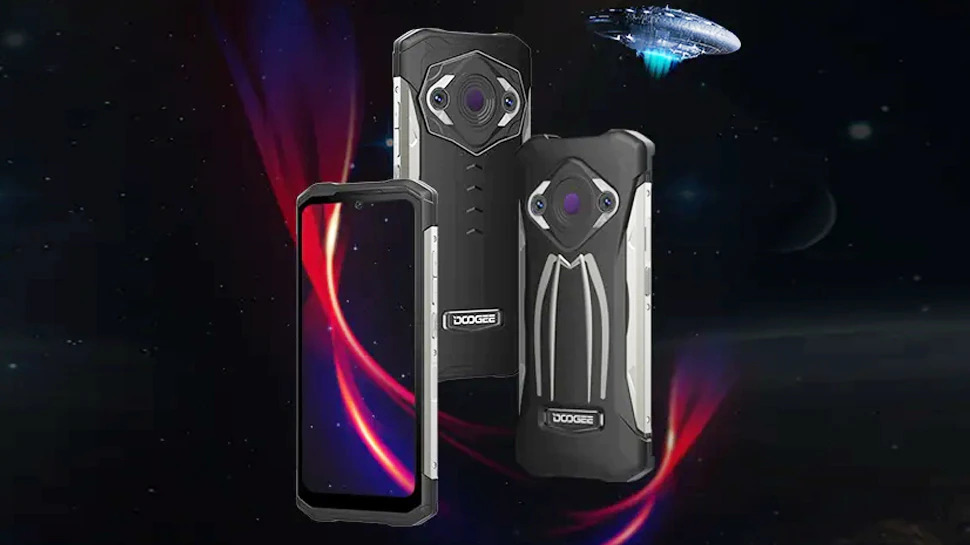 Doogee is going to launch a new rugged smartphone on June 6. It will not break even if it is tossed on the ground and will not spoil even if it is submerged in water. Let’s know the price and features of Doogee S98 Pro.

Doogee Launching Doogee S98 Pro Rugged Phone: Doogee last month showed off a new rugged smartphone, the Doogee S98 Pro, which has a night vision camera, thermal imaging sensor and an ultra-wide camera. Doogee has finally confirmed that this new game-changer smartphone is set to launch on June 6. A few days before the launch, the features and price of the phone have been revealed. It is considered to be the strongest phone. It will not break even if it is tossed on the ground and will not spoil even if it is submerged in water. Let’s know the price and features of Doogee S98 Pro.

The one-of-a-kind exotic design of the rugged phone Doogee S98 Pro won the European Good Design Award. The company claims that it will have the best camera system on a rough and tough phone. There is a professional grade thermal camera 48MP Sony IMX582 primary camera and 20MP Sony IMX350 night vision camera on either side. However, the front camera is 16MP Samsung S5K3P9SP, which is placed in the cutout at the top of the display.

Inside the Doogee S98 Pro, the MediaTek Helio G96 drives the show. It is an octa-core chipset that is capable of reaching a clocking speed of 2.05GHz, which means it is capable of gaming. It is paired with 8GB + 256GB memory for faster and more seamless operation. Storage can also be increased up to 512GB with the help of micro SD card.

Doogee S98 Pro will come with 6000mAh battery and 33W ultrafast Type-C charger. Wireless charging is available with support up to 15W. That is, the phone can run comfortably for 2 days on regular use. The S98 Pro will sport a 6.3-inch FHD+ LCD IPS waterdrop display with Corning Gorilla Glass layer for protection.

Doogee S98 Pro will be the strongest

The Doogee S98 Pro comes with other exclusive features, such as a custom button, NFC, 4 satellites for navigational satellites (BeiDou, GALILEO, GPS, and GLONASS), IP68, IP69K rating and MIL-STD-810H compliant. The phone will also run Android 12 out-of-the-box with a security update guarantee of up to 3 years from the company.