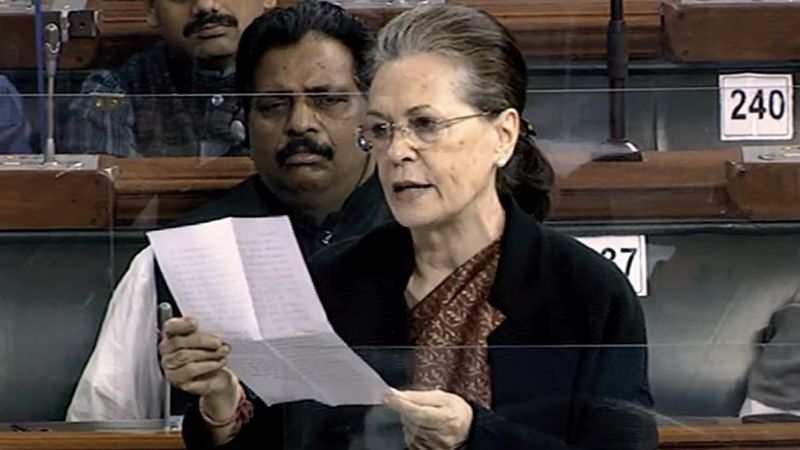 Congress interim president Sonia Gandhi called the passage in the English question paper anti-women and demanded an apology from the CBSE board and the education ministry by withdrawing the question.

At the same time, he said that the Ministry of Education should review this entire matter and it should be seen that this does not happen again. Meanwhile, CBSE has issued a circular saying that the passage asked in one set of English language and literature paper was not as per the guidelines of the board. It has said that ‘the feedback given to us, we have placed this issue before the committee of experts’. The circular further states that after his recommendation, it has been decided that this passage number 1 and its related questions are being removed. And for this passage, students will be given full marks. Also, to bring equality in this matter, full marks will be given for the questions given in passage number 1 of each set.

Actually, on 11th December 2021, the English language and literature examination was held for class X.

Some of the lines asked in a passage of its pamphlet were objected to and described as anti-women.

Sonia Gandhi raised the same issue during Zero Hour and said, “I would like to draw the attention of the government to the question asked in the CBSE Class X examination on December 11. In this, a passage depicts conservative thinking, which has generated outrage across the country.

She said, “There are poor statements in this passage, for example I would like to quote, ‘Women’s freedom is the main reason for many social and family problems’. Meanwhile, slogans of ‘Shame’ ‘Shame’ i.e. ‘shameful’ were raised in Parliament. After this, Sonia gave another example in which it was written that “Wives do not listen to their husbands due to which children and servants are undisciplined”. While reading her statement in Parliament, Sonia Gandhi said that this entire passage tells the condemnable idea and the questions asked in it are senseless. At the same time, I urge the Parliament that the Ministry of Education should review the gender sensitivity standards in the syllabus and examinations.

On the question asked in the tenth examination, people started giving feedback on Twitter and started criticizing it.

Congress General Secretary Priyanka Gandhi also tweeted on the question asked in the exam and asked, “Unbelievable. Are we really teaching this nonsense to children? Clearly the BJP government supports such regressive views on women.

This issue was also raised in Parliament by Congress, DMK, IUML, Nationalist Congress Party, National Conference and walked out of Parliament calling it anti-women.