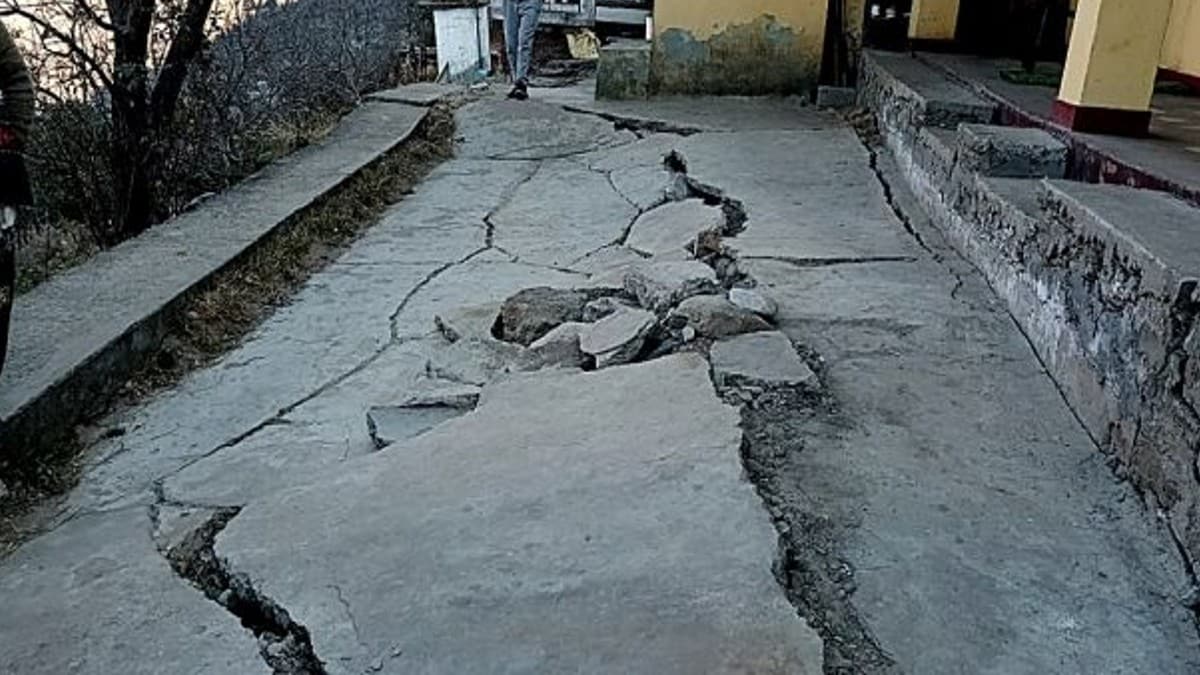 Buildings of Joshimath city will be demolished one by one

The number of buildings with cracks is continuously increasing in Joshimath city. On Friday, 14 more buildings were added to the list. The total number of buildings with cracks has now increased to 863. At the same time, 181 buildings have been declared completely unsafe. On the other hand, Secretary of Disaster Management Dr. Sinha said that the assistance amount of Rs. 50 thousand is also being made available to the affected tenants by the government. So that after vacating the house, they can be helped in carrying the goods. Secretary Disaster Management Dr. Sinha told that he said that so far an amount of Rs. 4 lacks has been given as immediate assistance to the eight tenants affected at the rate of Rs. 50 thousand per family. If the government is to be believed, the number of buildings to be demolished may increase further. Their list will be released after the completion of the survey work by CBRI. At the same time, after the rain and snowfall on Friday, the speed of groundwater leakage in JP Colony has also increased. A day before, there was 150 LPM (Litre Per Minute) leakage, which was recorded at 250 LPM on Friday. Secretary of Disaster Management Dr. Ranjit Sinha told that the leakage has increased possibly due to rain. But what is its scientific aspect, it will be clear only after investigation.

Secretary Disaster Management Dr. Ranjit Kumar Sinha said in the daily briefing on Joshimath at the Media Center located at the Secretariat on Friday that after the rain and snowfall on Friday, there was a disturbance in the disaster relief works, but all the works are being done smoothly.

He said that as the survey work is progressing, the number of buildings with cracks is also increasing continuously. He said that till now the process of demolition of about 20 buildings has been started. Their number may increase further. Some people are now coming forward and requesting the district administration to demolish their private buildings.

Dr. Sinha told that in view of the changing trend of the weather, on the instructions of Chief Minister Pushkar Singh Dhami, arrangements have been made for heaters in all the rooms and bonfires outside in the relief camps. He said that the survey and study work being done by various technical institutes in Joshimath is going on continuously. Chief Minister Pushkar Singh Dhami will once again hold a high-level meeting regarding the disaster management works of Joshimath on Saturday.

Why Joshimath is sinking

Joshimath is the gateway to Badrinath. The incident of land subsidence in Joshimath of Chamoli district of Uttarakhand cracks in many houses, and seepage of water from the earth has once again brought it into the limelight.

However, unabated construction and exploitation of natural resources are big reasons for what is happening today. The local people have been raising their voices against this for years, but today when the pictures of the crumbling land are going viral on the internet, the administration and the government are again under the scanner.

Chief Minister Pushkar Singh Dhami has ordered an inquiry into the matter. According to the local administration, about 3 to 4 thousand people have been affected in Joshimath. The administration has sent more than 25 families to a safe place.

The reason being given behind this incident is a government scheme only. The local people of Joshimath are telling the reason for this to NTPC’s Tapovan Vishnugad Hydropower Project. In this project, a long tunnel is being made by cutting the mountains. This project was started about 2 years ago, after which cases of cracks in the ground started coming to the fore.