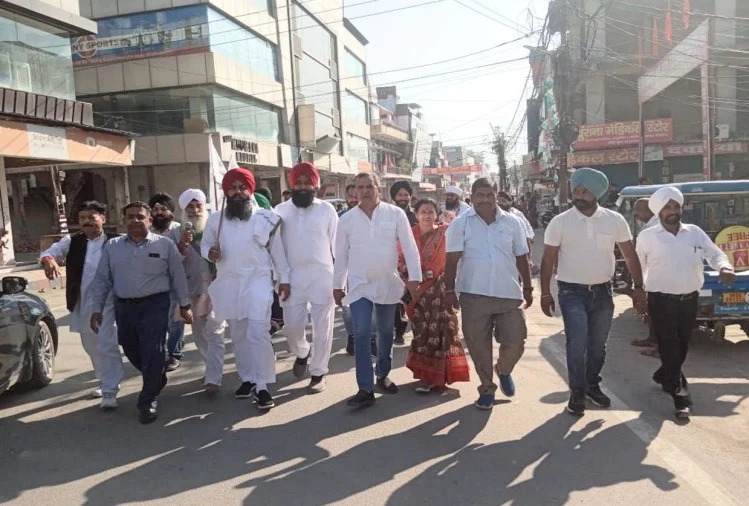 In Uttarakhand also, the effect of the farmers’ Bharat bandh is visible since Monday morning. The police-administration is also on alert mode regarding this bandh. Farmers, Vyapar Mandal officials and Congress workers took out a procession in Rudrapur in Udham Singh Nagar district for the Bharat Bandh. On Monday, most of the shops are closed due to the weekly bandh. Police force has been deployed here.

Vehicles were stopped on the highway in Bajpur,
while the protesters have stopped vehicles on the highway in Bajpur. On whose information the CO along with the police force has reached the spot. Bharat Bandh in Haldwani is not looking successful so far. Most of the shops, fruit and vegetable markets are open in the market. In Haldwani, people of United Kisan Morcha and other organizations took out a procession and said that this protest would continue till the agriculture law is not withdrawn.

Doiwala’s market was completely closed in the morning
Under the Bharat Bandh of the United Kisan Morcha, the market of Doiwala was completely closed in the morning on Monday. Farmers protested at Doiwala Chowk by shouting slogans against the Central Agriculture Bill. During this, a large number of farmers including Morcha President Rajendra Singh, President of Bharatiya Kisan Union Surendra Singh Khalsa, Gurdeep Singh, Zahir Anjum, Yakub Ali, Inderjit Singh, Ladi Balveer Singh were present.

Will peacefully march in Dehradun to DM office
take immediate return to agricultural laws, during the closure of the various demands of the United Farmers Front, including legislation on MSP BKU Tikait out peacefully March Belfry in Dehradun to DM Office of the President through DM and will send a memorandum to the Prime Minister.

Apart from the Congress Trade Cell in Doon, no other business organization has refused to support the bandh. State in-charge of BKU, Usha Tomar said that neither any organization will be under any pressure nor will it be forcibly closed. Farmers will peacefully convey their demand to the President through DM.