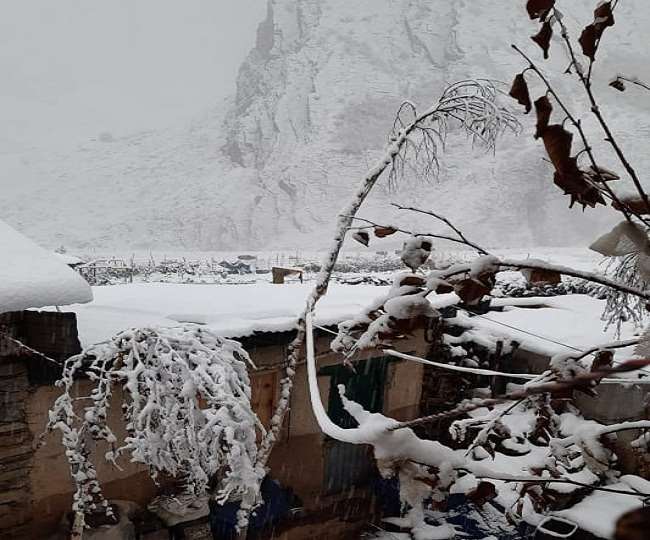 Bodies of five trackers were seen in Sunderdhunga

Jagran Samvaddama, Bageshwar: Snow covered bodies of five Bengali trekkers are seen during rescue operation in Sunderdhunga valley. A missing local guide could not be traced. Two SDRF personnel, who arrived on foot in the rescue operation, have also been injured. The operation for the injured jawans, including Bengali trackers, will continue on Tuesday as well. Due to continuous snowfall and rain in the area, the operation is being disrupted. On Tuesday, a rescue operation will be conducted to bring the injured soldiers and remove the bodies of the trackers.

The search is on for five Bengali trekkers and a local guide who visited the Sundardhunga Glacier on October 17. On Monday, the helicopter took off from Naini Saini airstrip in Pithoragarh. Helicopter could not help in the operation due to inclement weather. At the same time, a 13-member rescue team, which left on Sunday, has reached Sunderdhunga area on foot from Kathalia. Apart from the SDRF personnel, there are also local guides in the team. The team has seen the bodies of five trackers in a radius of 2.5 to 3 km from Nagkund and Bhanar of Devikund area. It continues to snow there. Due to which it is not possible to remove the dead bodies. The missing local guide could not be traced.