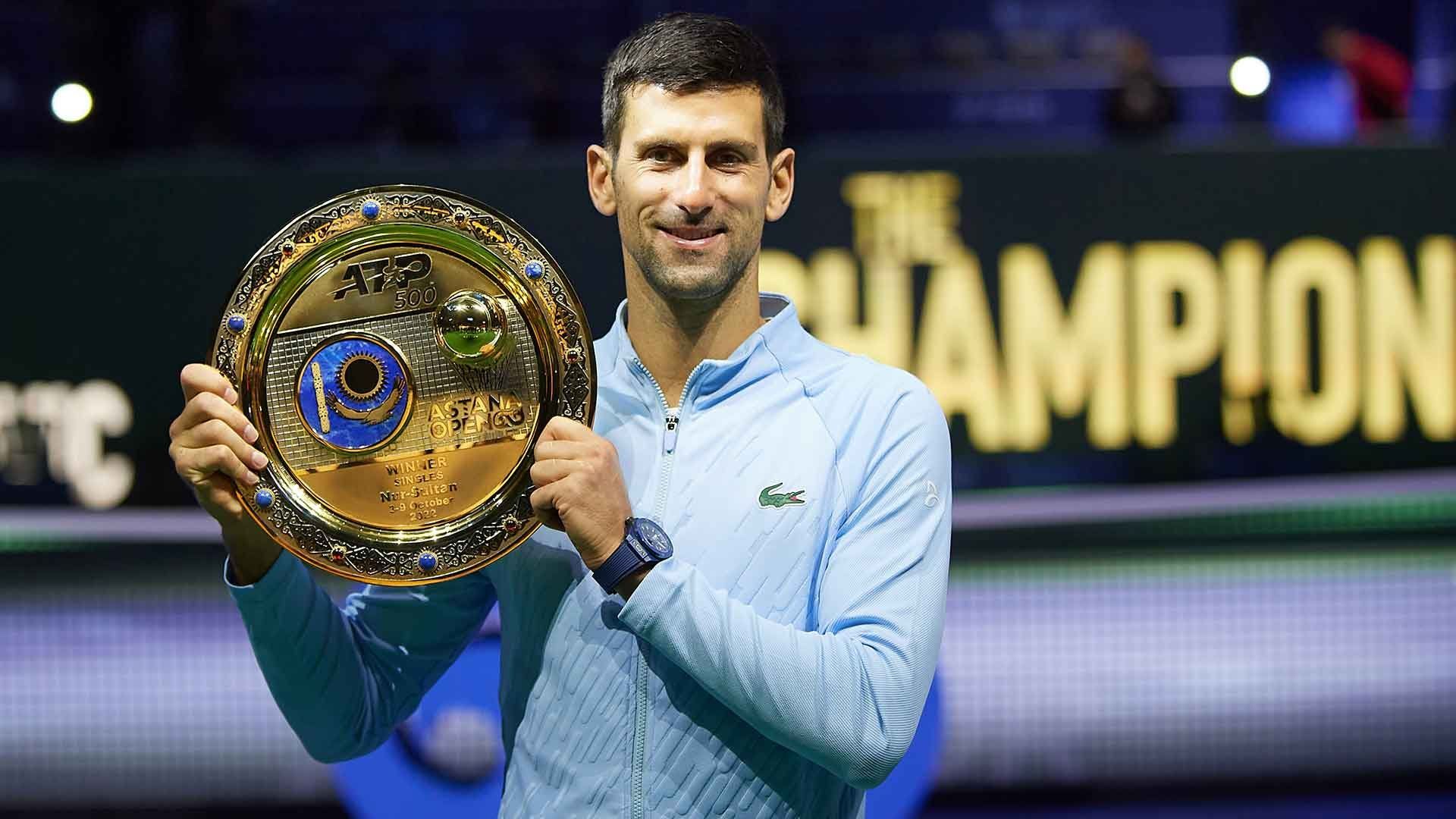 World number seven Novak Djokovic defeated Stefanos Tsitsipas 6-3, 6-4 in the final on Sunday to clinch the Astana Open men’s singles title. This was the ninth consecutive match win for fourth seed Djokovic, who won the title a week ago. This was the 90th Tour-level title for the 35-year-old and it took him only 75 minutes for it.

Third seed Greek Tsitsipas was playing in the ATP 500 final for the ninth time and lost his ninth time. Djokovic is now leading 8-2 in his ATP series and has won the last seven matches.

The victory saw the Serbian star secure himself a top 20 spot in the ATP Live Race to Turin following the 2022 Paris Masters, meaning the defending Wimbledon champions advance to the 2022 ATP Finals as the current year’s Grand Slam winner. This was the 90th career title for Djokovic and the fourth title of 2022.

Djokovic said, “I really dared to win. I always hoped that my career would go in the right direction. Obviously, I didn’t know how many finals I would play in, how many tournaments I would win, but I always intended to reach the highest heights in our sport.”

Tsitsipas will return to the top 5 in the ATP rankings on Monday and the 24-year-old Greek still leads all ATP Tour players with 53 match wins. Djokovic said, “I am very grateful to have had such a good game at this stage of my life.”